We have had a visitor to the garden that has taken a fancy to the tops of the leeks ,the tops of the celeriac and polished off what was left of the celery.
Judging by the tracks in the snow we think it is some kind of deer, maybe a muntjac. Anyone brave enough to confirm on the strength of this photo? 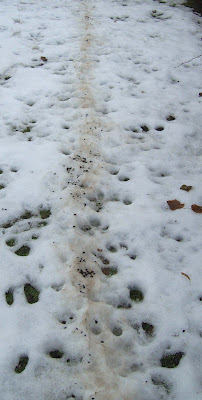 The droppings look similar to rabbit, but they're all laid in a line which seems unlikely for rabbits, unless they're doing the conga!
Anyway the only survivors seem to be the few beetroot and parsnips, looks like we're going to have to make the removable fencing panels sooner rather than later.
Here's the chewed out remains of a celeriac, exhibit 1 in the case against our mystery guest 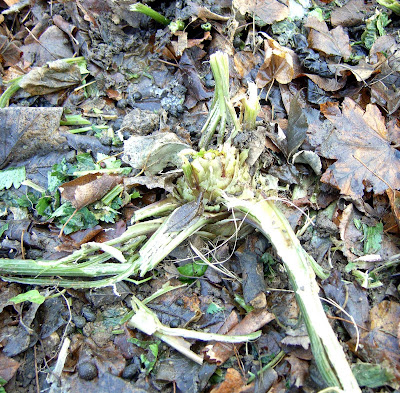