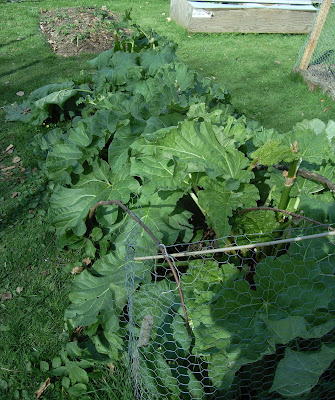 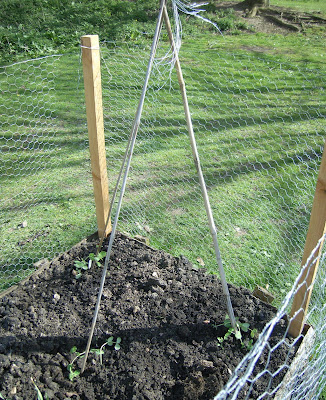 We've been given some pea seedlings by one of my neighbour's. We've taken the gamble of planting them out, fingers crossed the really cold weather doesn't return!
We've also been given some comfrey to propogate and make green manure. Apparently it is "bocking 14" which means it
does not seed as well. Once established we should be able to get 4 cuts a season from the plants. Lots of ways we can use it, so more about that later in the year.

We also transplanted a selection of the potted herbs in the small bed number 9..leaving abit of room for the fennel we'll sow later on. 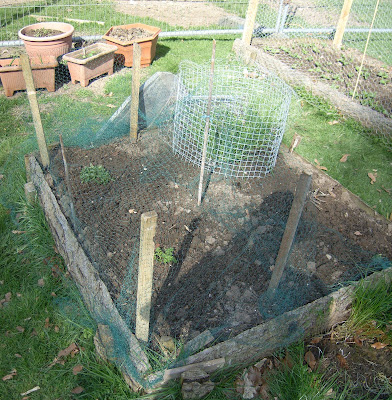 I've invested some of funds into a 30m hosepipe which means we can fill the water butt and save endless traipsing of watering cans from tap to garden..now it's just butt to garden!
Posted by James at 17:45